Why is self-consumption not used to a greater extent? 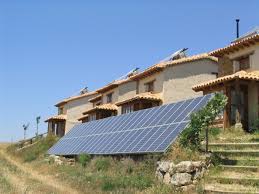 When we speak of electric self-consumption, we refer to the own production of the electric energy that we are going to consume, that is, in the same production site, later it is consumed. This sounds good, it even seems logical. If for that, in addition, renewable energies such as solar energy are used, it contributes to the improvement of the environment, due to the reduction of consumption of other polluting sources. But how much does a solar panel installation cost? Can it be used in Spain? And if so, why is it not done to a greater extent?

How much does self-consumption cost?   Can it be used in Spain?

After successive regulations of the Spanish electricity sector, solar photovoltaic self-consumption was also regulated. Surely we have all heard of the sun tax , however, this tax only affects 2% of the self-consumption facilities that are carried out in Spain, since it is applied to installations of solar panels of more than 10 kW, and most of those carried out in single-family homes or neighborhood communities are below that figure.

In addition to the tax, the procedures and all the administrative part necessary to carry out a self-consumption installation were regulated. This fact does not help people decide to install, since it involves a lot of time and effort, and an economic cost. In SotySolar we take care of this tedious part so that it does not suppose any inconvenience for those interested in a solar panel installation for solar self-consumption.

The surplus generated is also regulated. We refer to the part of energy produced by solar panels , but that is not consumed. This part can be: sold, stored in batteries or wasted. The last case is the one that has less room, it is not logical to waste energy when there are households that can not pay the electricity bills.

In the case of selling it, the high bureaucracy in self-consumption does not make it profitable today. So the most feasible option seems to be the storage in batteries , which is already being used in some homes, allowing them to even disconnect from the network in some cases. However, solar batteries continue to be developed since, nowadays, they take up a lot of space, increase the cost of the initial investment and are not very ecological. In the not too distant future, they will be present in the vast majority of facilities.

Is it worth investing in self-consumption?

However, ignoring the legal and administrative part, is it worth investing in a photovoltaic solar panel installation? To answer this question, several factors must be considered.

First, the price of your electricity bill

One of the main benefits of photovoltaic self – consumption is the savings that the electricity bill represents per year. The more you are paying, the more savings will be the installation of photovoltaic solar panels for self-consumption. The price of electricity has risen around 70% in the last 10 years, and will continue to rise. So, we must think of some way to avoid losing purchasing power by paying more for electricity.

Second, the cost of solar panels

It is evident that the investment that must be made in the installation of photovoltaic panels for self-consumption is a key factor to be decided. The cost can vary depending on the location, the type of installation, the installer of solar panels and the installed equipment. Therefore, it is necessary to compare the price and quality of multiple offers to choose the most appropriate one. You can use a platform like SotySolar to easily compare multiple offers.

Third, the location of your installation

Your installation of solar panels for self-consumption is powered by solar energy so it must be installed in places where there is sufficient solar radiation for the installation to be profitable. Fortunately, throughout the Spanish territory there is enough radiation and hours of sunshine to be profitable. In fact, Germany, with less sun than Spain, has 8 times the installed power in Spain. We are also behind Italy, France and the United Kingdom.

Fourth, the payment options with which the customer can count

Electric self-consumption is an initial investment that not all owners can face in a single payment. You can consider options such as financing it, or, somewhat less frequently, opt for your rent. That is, use leasing, as in the case of a car, so that it is paid for its right to use, while a company owns the self-consumption facility.

Taking into account the comments, and that most citizens are aware of the need for an energy change made a more efficient model and respectful of the environment, in addition to the economic savings involved, we just need a push to launch for it .

From SotySolar we want to collaborate in this “push” by facilitating all the procedures to make self-consumption facilities in homes .