An analysis showed how the bird population is declining in California due to renewable energy sources.

A group of researchers from various universities across the United States attempted to understand just how vulnerable bird populations are to alternative energy production. The group explains its research on the influence on bird populations in California in a report published in the Royal Society Open Science.

Although marketed as beneficial to the environment, alternative energy sources are not necessarily so. The manufacture of solar panels, for example, leads to environmental pollution. The harmful effects of wind and solar farms on animals, especially the birds, are increasingly understood. When birds try to fly through the whirling blades of wind turbines, they can be killed, and when they fly over huge solar farms, they can die of overheating. They can also perish due to being removed from their original habitat. In this new study, researchers went beyond simply counting the number of birds killed by alternative energy sources to assess the overall impact of alternative power plants on vulnerable bird populations in California. 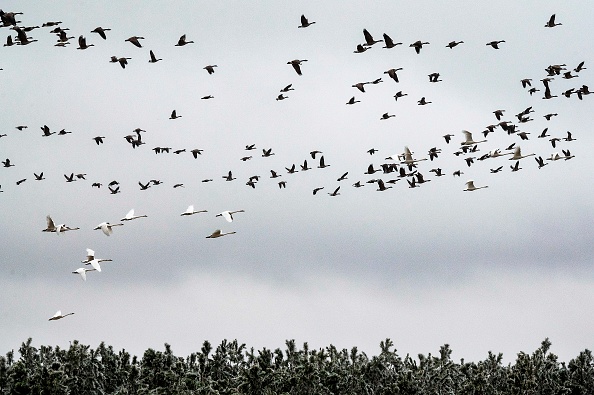 The researchers selected 23 species known to be at risk when traveling near alternative energy generation plants to analyze the impact on birds across the state. They gathered information about past research, including ecological and conservation initiatives, and participated in feather-collecting expeditions around California, where they recognized and numbered each bird. They also used species distribution maps and data on flyways and bird conservation. They also gathered information on the locations, numbers, types, and sizes of California’s alternative energy power plants. They then used different methods to assess the collected data and calculate the impact of bird mortality by species from solar and wind farms. A Markov chain Monte Carlo application combined with a hierarchical Bayesian modeling framework was one such method.

The researchers found that exposure to alternative energy plants caused at least a 20% decrease in the population of 11 of the 23 species they assessed. They also found dangers to many populations due to damage to travel networks, problems extending far beyond plant locations.

Buildings get higher and higher as the population of metropolitan areas increases to provide enough space for the expanding population in an efficient way. However, solving one problem leads to another. Due to rapid urbanization, areas that once housed natural habitats for animals are being replaced by huge concrete complexes with huge glass windows. Birds were injured in this case, with collisions between birds and buildings becoming a common occurrence. More than 25 million migratory birds are killed each year in Canada due to bird-building collisions. This number will continue to grow unless we all work together to find answers to the problem of biodiversity loss in our cities.

Related Article: How to Protect Bats and Birds from Wind Turbines and Tall Infrastructure

© 2022 NatureWorldNews.com All rights reserved. Do not reproduce without permission.